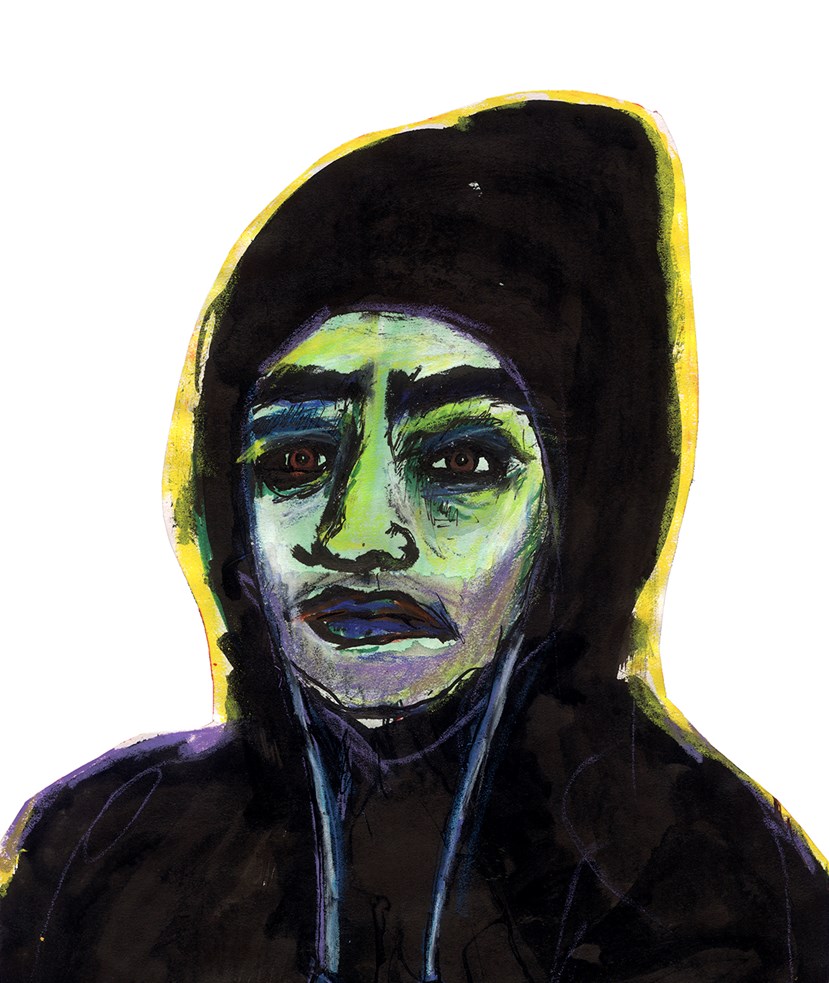 Jamal is angry - not at anyone in particular, just... everybody. He's angry at his parents who don't speak Dutch, at the school where he'll always be a 'foreigner', and at the West and global politics as a whole. He hits around him. Not with firsts but with words, because Jamal writes poems: raging poems. They start appearing everywhere, but nobody knows they're his. It's his secret - one of his secrets.

Now Jamal has got to talk every afternoon for half an hour, or else he'll be expelled from school. So there he sits with some old guy called Matthieu who questions and questions him. Why is Matthieu so keen to discover Jamal's secrets? Why won't they leave him alone? And just how open is Matthieu himself, actually? His wife is dead and now he's sitting out his time, alone whenever possible. Until, that is, Jamal shakes him awake.

Jamal and Matthieu are condemned to each other's company, in the arena of the classroom or the stage. This is where they attack one another with sharp tongues and silent stares, when the battle is decided between poems about love and true love, between lessons from books and lessons from life, and between finding yourself and showing yourself.

Because of the great demand for this show, Jamal will be abjured in the season 2015-2016 for the third time in a row. The show will be performed at schools, and can be performed a small theater venues.

Director Daniël van Klaveren about Jamal:
"It is extra exciting how students now respond to this show, especially because of the various assaults in Europe. Earlier a student commented after the performance: 'What Jamal says, is how I feel right now.' Then I remember why I am doing this again." 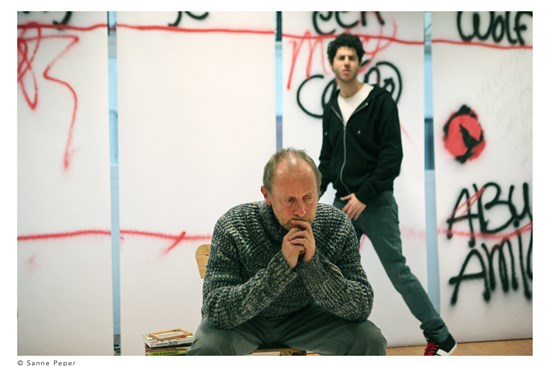 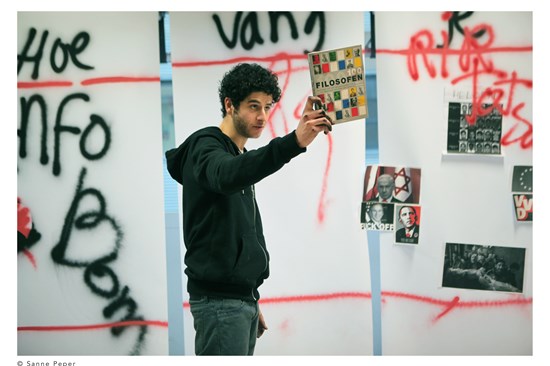 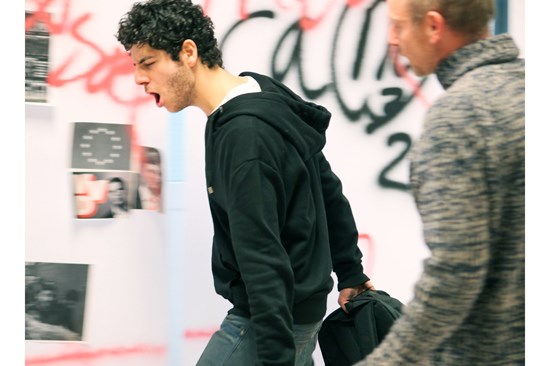 "This classroom play is a real gem."

"Director Daniël van Klaveren wrote an on-point text based on the novel Laughing with the devil by Yehya Kaddouri and the movie Good Will Hunting by Gus van Sant. (...) When at the end a bag full of baggage appears, everyone's breath is taken away in shock. And not only because of the spraypaint."

"... The Toneelmakerij shows here that theatre and theatre education are important: Jamal is true to life and speaks to youngsters all around the country. And maybe even more importantly: the youngsters talk and listen to each other. And isn't that what we need in our society today?"

"Jamal is exactly what you want from a school performance. A substansive story, shown from different angles; sharp dialogues and fast pace; accessible to youngsters; alternating between raw and emotional. Without being interactive, the performance picks up on the emotions and responses of the students, which does not take away from the show. A great recommondation, which will spark conversation about the topic in class."