Nadia and Anna are both fifteen. They are best friends and they are insecure about all sorts of things – about their appearance, their talents, their social life. And like other teenagers Nadia and Anna have a time-consuming online life. Anna has got her own blog called ‘fannatic’ where she writes about healthy eating. The blog posts get lots of likes, and Anna enjoys the approval she gets from the Instagram community – so she doesn’t understand why Nadia is so indifferent. Nadia seems to be changing and getting more and more angry about injustices affecting the Muslim community. Nadia feels alone in her frustration and rage. Nobody else knows that her online searches for connection and support have brought her into contact with a young man from the Caliphate named Brahim – and his influence on Nadia is growing. He understands her loneliness, and he understands her longing for equality, for friendship, for brothers and sisters.

The situation erupts when Nadia comes to school wearing a niqab, leading to an open confrontation between the girls. Anna accuses Nadia of not being herself, of acting strange – scary even. To Nadia this just confirms her suspicion that she won’t be accepted unless she completely conforms. The quarrelling between Nadia and Anna hits boiling point when Anna insists on being present during one of Nadia’s Skype conversations with Brahim. They don’t spare one another’s feelings, and that puts everything about their relationship to the test: their ideas about boys, their sexuality, their religion, and their love for each other.

Will the girls’ friendship survive? Or will they disappear from each other’s lives forever? 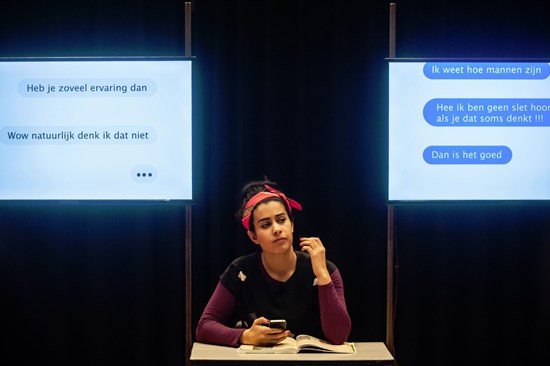 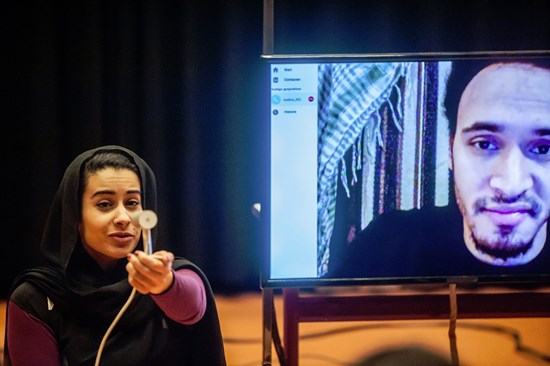 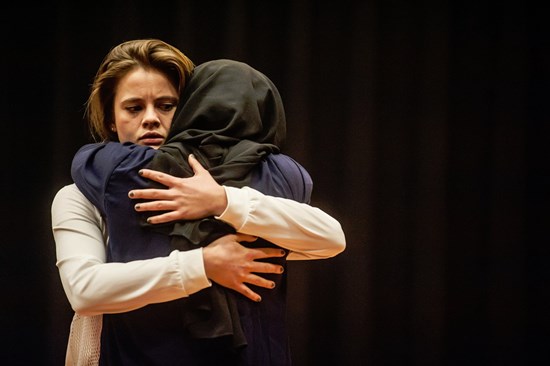 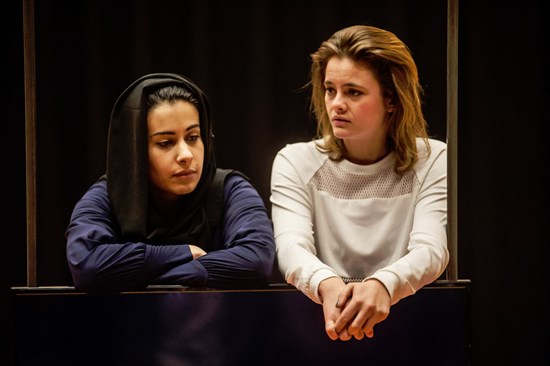 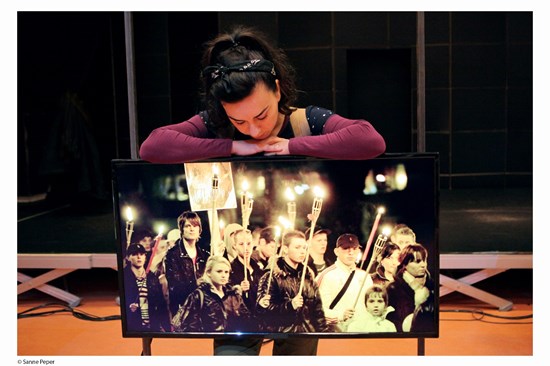 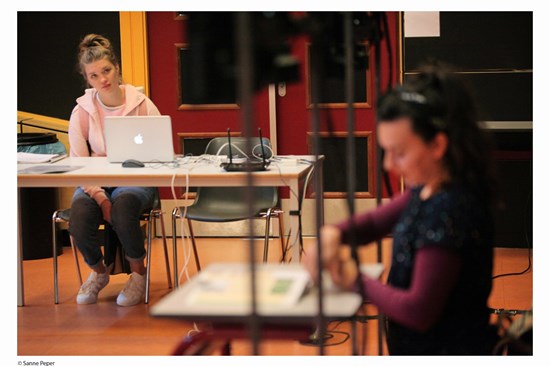 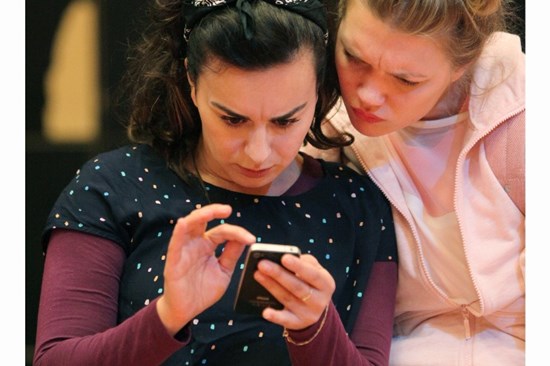 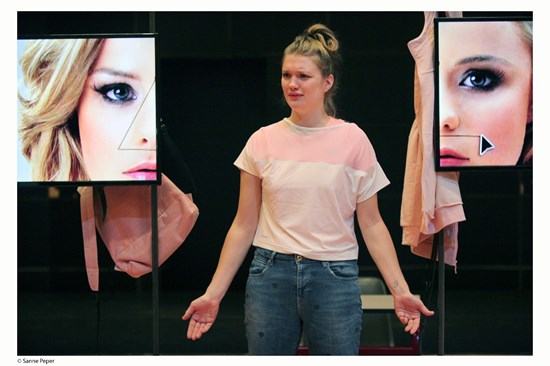 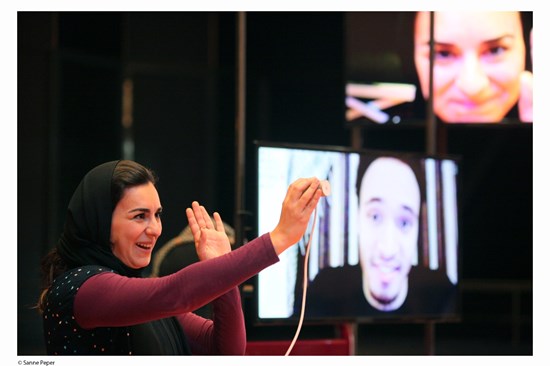 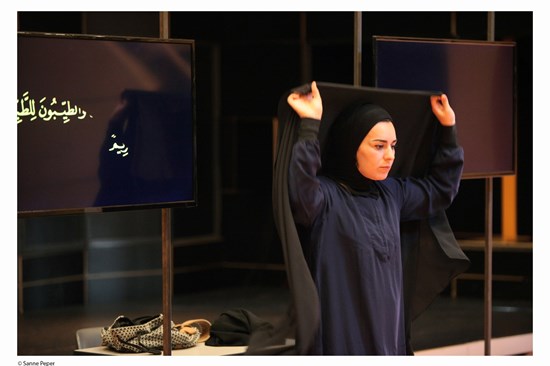 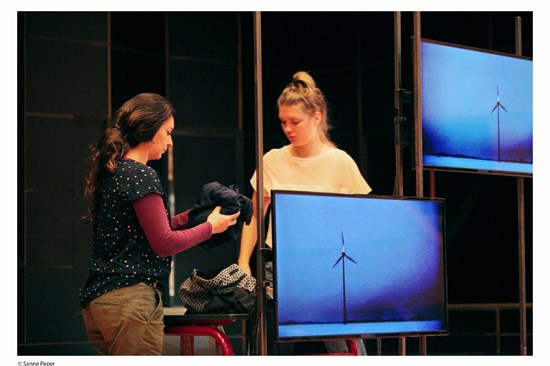 “Exactly what you want from a play for schools. It’s got a content-driven narrative taking in multiple perspectives, the dialogues are razor sharp, it’s fastpaced, young people are receptive to it, and it’s by
turns raw, funny and emotionally moving. Without being overly interactive they effortlessly weave pupils’ reactions into the play, and not for a moment does it detract from the story. Very highly recommended
and a guaranteed good discussion with the class afterwards.” (Teacher at IVKO College, secondary school in Amsterdam)

´I believe it’s crucial that we keep on asking where radicalisation starts. It’s a conversation that needs to be ongoing. In this turbulent period we need to know how adolescents are falling under the spell of extremist ideas. Why do these ideas give Nadia a firmer footing in the world than her life here? What is it exactly that she’s looking for? This play is less about the excesses or possible outcomes of radicalisation than it is about its origins. When, where and how are the first seeds planted? And who plants them?’

“Van Klaveren’s text is clever almost beyond description. Although this is a play about susceptibility to manipulation, ultimately it does not moralise. Instead, it pleads with us to – please, and despite everything – keep talking to one another. After all, ‘You don’t get warning signs
in real life’ and ‘Lack of understanding needn’t be the end of the matter; it could also be a new beginning’. Nadia is bareboned and nuanced, and a rare feat of true-life theatre about one of the most important issues of our time. This play should be seen by every school-goer in the Netherlands and far beyond.”

‘A rare display of lifelike performances that capture one of the most important issues of our time.’