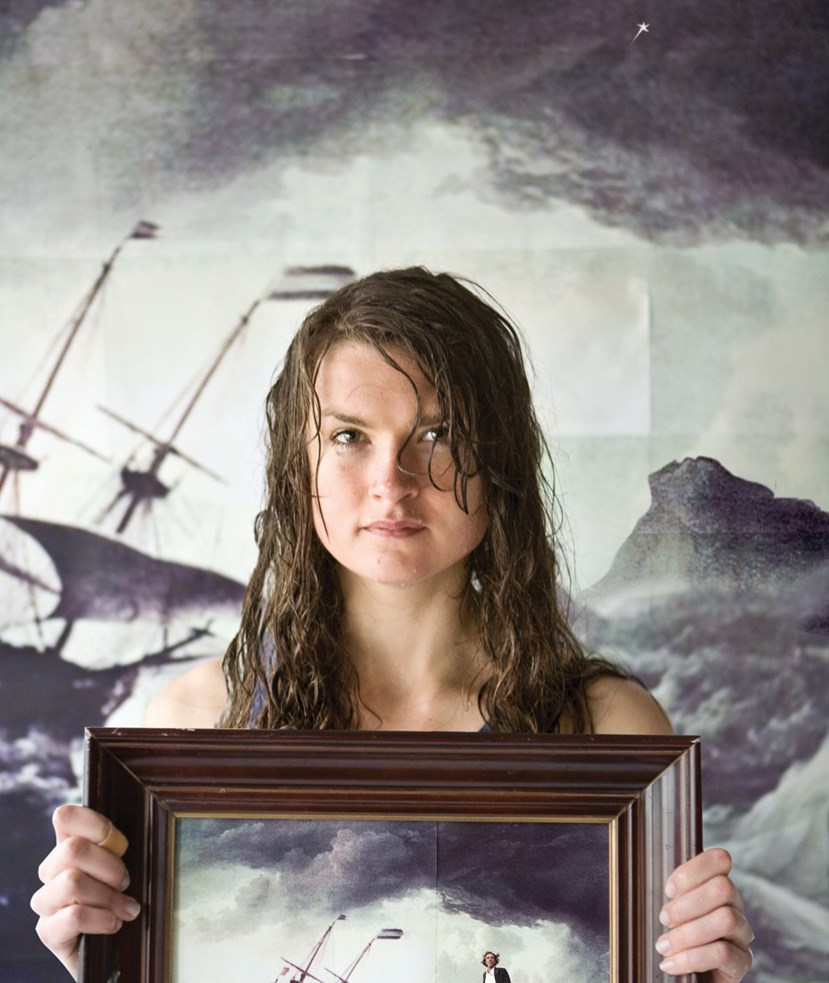 Onstage stands a large white box. An old man gives the signal, and a great storm begins to rage, sinking a ship full of noblemen. The box opens and the party begins, with songs and props, puppets and masks, branches and costumes all helping to unfold the story of Prospero.

Once he was the powerful Duke of Milan, but then he was betrayed by his brother Antonio and by Alonso, King of Naples. They sent Prospero and his daughter Miranda out onto the wild seas and now his domain is a small magical island. When the ship carrying his enemies sails by, he sinks it with the help of Ariel, his loyal spirit. This is his chance for revenge. Now they are at his mercy and he torments them as they roam his island. But all the while he must also control his wild subject Caliban, who sees in the drunken mariners Stefano and Trinculo an unexpected key to freedom. And he also sees how Miranda falls head over heels in love with Ferdinand, the king’s young son. Their love and the future it promises soften Prospero’s heart. He breaks his magic wand and throws his books and the sea. Eye to eye with his brother, Prospero forgives him and releases Ariel. The box can be closed once more.

“After seeing Shakespeare's The Tempest few 9-year-old children would be able to clearly recount its complicated narrative. In this case, however, if you were then to ask the child for a single word that sums up this famous work, he or she would answer ‘forgiveness'. The staging is powerful and everything can be understood – and it’s funny, too.”

What the play's creators say

Liesbeth Coltof: “I’ve been wanting to do 'The Tempest' for years. The story’s packed with wisdom about humanity as well as being a very exciting fairy tale. You can just feel the sorcery and the imagination, and that’s why it’s so well suited to a collaboration with Rieks Zwarte. Our version assumes that 'The Tempest' all happens inside Prospero’s head. The set is his interior.” Rieks Swarte: “I drew my inspiration from folk art and from the Renaissance and its symbols. The Renaissance was all about the quest for the complete person. The process Prospero goes through is distributed among all the characters on the island..” Liesbeth Coltof: “If you want to get perspective on yourself, you need other people and you need things happening. Living in the awareness that there are things that are too big for you to hold onto make you a calmer person.”

The Tempest won the Z@PP Theatre Award, the children’s jury award for theatre in the Netherlands.

The Tempest was selected for the 2011 Dutch Theatre Festival (Nederlands Theater Festival 2011).

“Mummy thought it was so beautiful she cried. I thought it was very beautiful too. The most beautiful thing was when Prospero ripped up his magic wand and lots of pages went flying through the air. Don’t miss it!” (Elvis Rot, age 8)